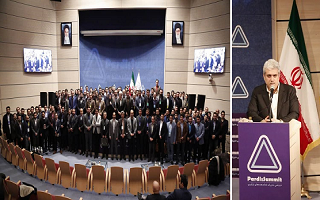 According to the public relations and information center of the Vice-Presidency for science and technology affairs, Sorena Sattari, the vice president for science and technology affairs, expressed on the first meeting of accelerators held in Pardis Technology Park: accelerators and startups must eliminate repetitive and copied ideas and search for new ideas in various fields to gain more success.

The vice president for science and technology affairs stated: in this year, we have supported accelerators by following up the necessary budget in order to help the flourishing of knowledge-based businesses.

He continued: next year, we will have a more serious program to support accelerators and will invest in them more than the previous year.

The president of the national science foundation mentioned that the basic issues of any success are difficulties, problems, and barriers. In this regard, he declared: there are problems in reaching success that must be eliminated with hope and dedication of efforts.

Sattari emphasized that the government must not enter the structure of accelerators, conveying: we cannot tell a startup or accelerator what to do since the innovation structure is different from the state structure. We can only show their success models.

Sattari asserted: I suggest that mere service areas be avoided and more work be done in the technological areas, such as aerospace, finance, insurance, and e-health.

The president of the knowledge-based economy and culture-building technologies development headquarter reminded: we can only create models and porotypes, such as establishing the innovation factory, which is just a model. However, we must definitely not enter the innovation process and structure.

He pointed out the problems faced by startups in the insurance field last year, asserting: last year, insurance startups were threatened and faced various problems. Today, traditional insurance companies have created investment foundations for these startups and have moved toward becoming an online business themselves.

Sattari continued: all traditional activities must know that if they avoid moving toward technology and innovation alongside startups, they will not be supported and will eventually fail.

Sattari expressed his hope about the progress of knowledge-based businesses, mentioning: with the cooperation of units such as the Vice-Presidency, science and technology park and this new ecosystem, we hope that the activities of accelerators are flourished and they can move with a faster pace.

The first meeting of accelerators was held in the presence of more than 100 managers of accelerators and about 50 investment countries and government authorities and members of the parliament with the goal of synergy, exchange of experience and evaluation of achievements of accelerators.

sorce : The vice presidency for science and technology affairs